In 1956 William J. “Bill” Bowe was the Manufacturing Mgr. at Rockingham Machine.  The head of Riverside Foundry, who was unhappy with the service he was getting at Rockingham, told Bill that if he wanted their work he would have to go into business for himself. Bill sold his family’s good car and bought a used truck, rented out a small one-room shop, and went to a scrapyard where he bought some junked machines from farm implements. He got a few gears running, 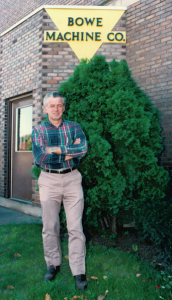 started machining parts for Riverside, and Bowe Machine Company was born. Over the years, Bill hired employees, added more machines, and purchased more  building space to accommodate his growing business. In the early  1960’s Bowe Machine teamed up with Riverside Products, a division  of Riverside Foundry, working with them to manufacture industrial  shear blades and shredder rotors.

William J. Bowe passed away in 1985, and his son, James E. “Jim” Bowe became President  and CEO of Bowe Machine Company. Under Jim’s leadership, the company weathered the  rough economic climate of the 1980’s and continued to expand. Bowe Machine began developing their own line of shear knives and shredder rotors in the 1980’s, and the Bowe Knives  division was formed, managed by Bill’s son Dennis Bowe. 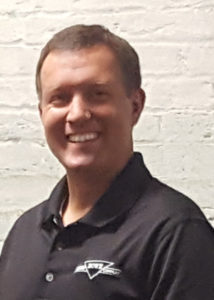 In 2004, Jim Bowe turned over the reins of Bowe Machine Company to son, Simon Bowe, the current President and CEO of the company, with Jim Bowe retaining the position of Chairman of the Board. Under Simon’s management, Bowe completed one building addition in 2011, adding 12,000 square feet of new construction. A second expansion — a massive 32,000 square foot building, was completed in 2015, adding much-needed space to house more equipment and fabrication space.

The Bowe Machine Company facility now  stretches over three city blocks, and our products have been shipped all over the world, including North and South America, Europe, Africa, and New Zealand.  Not bad for what started out as a one-man, one-room operation! 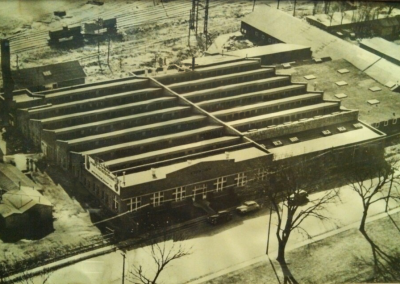 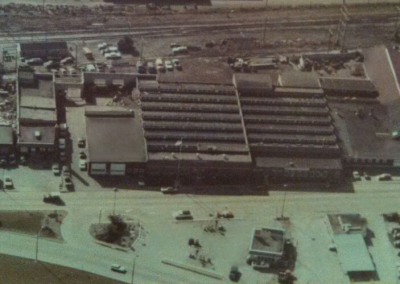 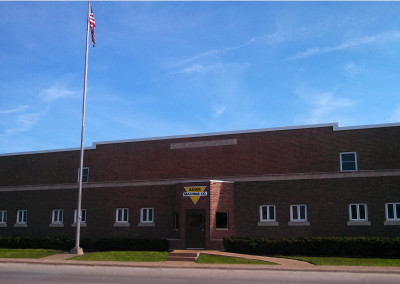 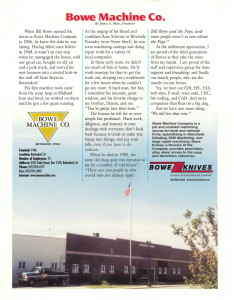